Dr. David Streiner has attempted to retire three times, but this biostatistics expert is in high demand.

His research expertise is sought by scientists, faculty, residents, and students alike. A star behind the scenes, Dr. Streiner frequently consults with HRI scientists and trainees on everything from study design to research analysis.

In this question-and-answer feature, Dr. Streiner provides clarity about some of the most common questions we receive at HRI about evidence.

What does “evidence” mean in the context of healthcare?

Evidence is the available body of facts that healthcare providers can draw from to best treat patients. The most common method of obtaining healthcare evidence today is through research studies. Prior to the rise of scientific healthcare research, evidence was based primarily on clinical expertise and opinion.

What is “evidence-based practice” in healthcare?

The term “evidence-based practice” originated from Dr. David Sackett, an American-Canadian physician who defined the term as “…the conscientious, explicit, and judicious use of the current best evidence in making decisions about the care of patients.”

So when using an evidence-based approach, one would base healthcare decisions solely on evidence from scientific research.

Early critics of evidence-based practice argued that its definition limited medicine to a “cookbook approach” that fails to consider each patient’s unique values and preferences, and downplays the clinician’s experience and knowledge of the patient. A new term began to circulate, which encompassed a more person-centred approach:  evidence-informed practice.

Over time, the concept of evidence-based practice has evolved to include not only scientific research but also clinical expertise and the patient perspective brought to light by proponents of evidence-informed practice. Today, we see both terms used interchangeably.

How do we create evidence in healthcare?

When answering research questions, we use a variety of methodologies. For example, if we want to know about the prevalence of a medical condition in a population, a cross-sectional study would be appropriate. On the other hand, if we want to find out whether a proposed treatment would help people with a specific condition, a randomized controlled trial would be used. At the end of the day, the research methodology depends on the question being asked.

The following infographic outlines some of the most common research approaches used at HRI: 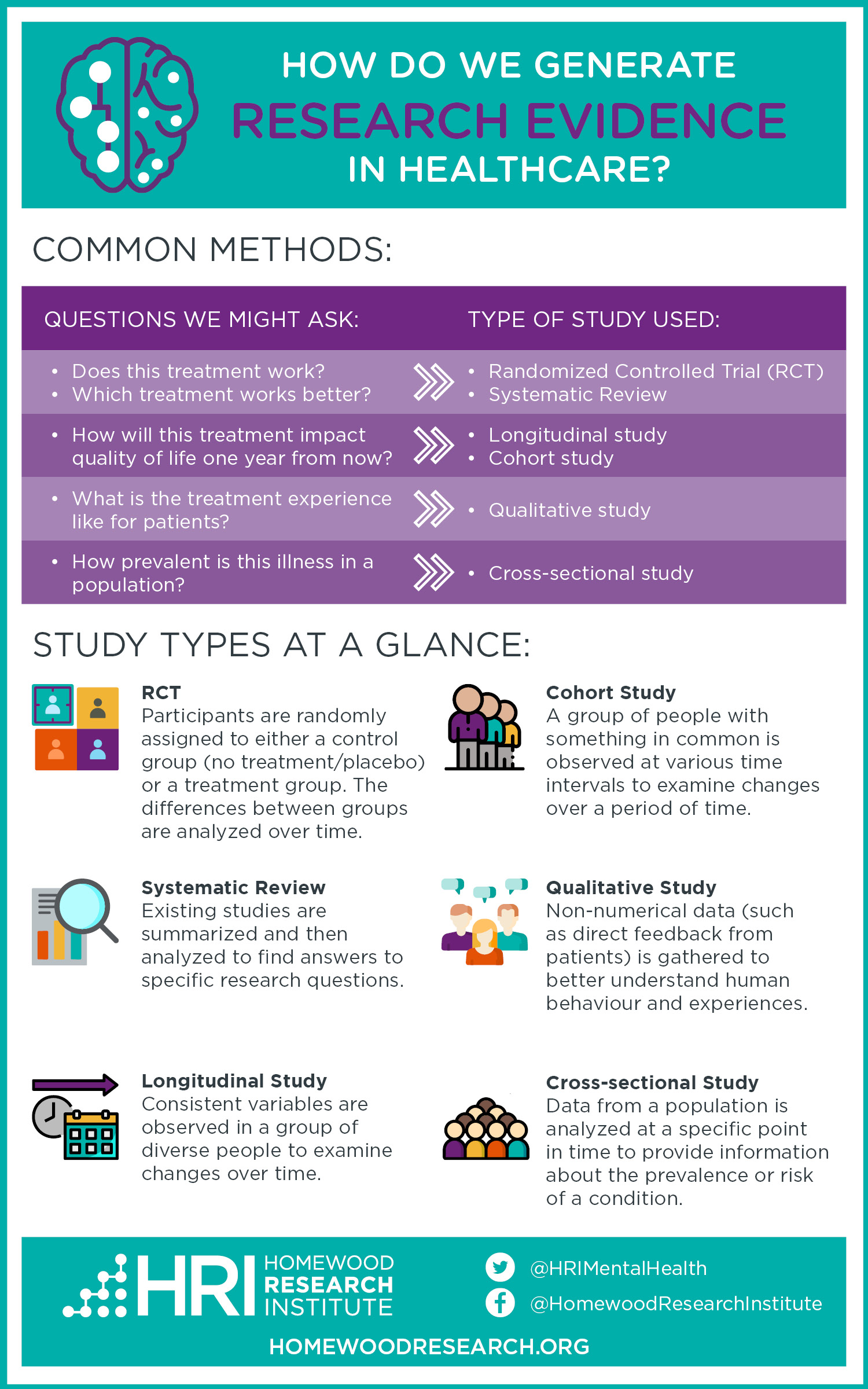