In October 2019, 50 stakeholders from across Canada attended a workshop at the annual Canadian Institute for Military and Veteran Health Research Forum. The workshop focused on the psychological consequences of sexual misconduct during military service.

Researchers, policy makers, military members, veterans, and clinicians convened to explore the relation between exposure to sexual misconduct during military service and the onset of moral injury among female military members and veterans.

To mobilize action on these discussions, HRI hosted a symposium on December 3, 2019. Funded by the Government of Canada’s Defence Engagement Program, the symposium brought Canadian military and non-military experts together with a common goal of supporting the Canadian Armed Forces in addressing sexual misconduct.

The role of moral injury 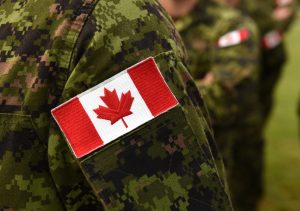 Work at HRI is exploring whether exposure to sexual misconduct in military environments is related to the onset of moral injury. For example, sexual misconduct may result in moral injury when an incident involves a perceived betrayal by those within a circle of trust or by an authority figure.

Similarly, a military member could be morally wounded by witnessing – but being unable to stop – a colleague from sexually harassing another military member.

The interplay between sexual misconduct and moral injury is complex and requires further investigation. What is known, however, is that military members affected by sexual misconduct in the workplace are at increased risk of post-traumatic stress disorder, anxiety, depression, and suicide.

During the December 3 symposium, discussions were diverse but focused on barriers, resources, and actionable items to affect change, including: 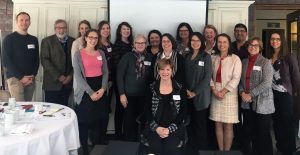 The symposium was attended by 18 representatives of leading universities, research centres, and treatment providers, as well as the Department of National Defence, Veteran’s Affairs Canada, Servicewomen’s Salute, and the Canadian Institute for Military and Veteran Health Research.

Dr. Margaret McKinnon, Homewood Research Chair in Mental Health and Trauma, is the lead investigator on this research. Key collaborators include: