Over the next three years, HRI scientists will receive nearly $1 million to support a study aimed at helping Canada’s public safety personnel (PSP). 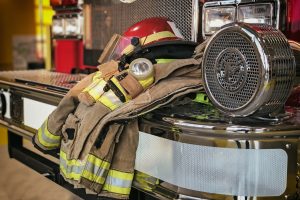 A $990,000 grant from the Canadian Institutes of Health Research (CIHR) was awarded to Dr. Margaret McKinnon, Homewood Research Chair in Mental Health and Trauma, and Dr. Ruth Lanius, HRI Consulting Scientist, for their study exploring a new approach to treating PTSD in PSP.

The study will test the utility of a cognitive therapy program, called Goal Management Training, in reducing the cognitive and emotional symptoms of PTSD, such as difficulty with memory, concentration and planning, as well as impulsivity and anger. The researchers will measure not only symptom changes among PSP receiving the treatment but also functional outcomes such as return to work and functioning in the family. They will also use MRI technology to examine changes in the brain structure and in brain function before and after treatment.

“The ability to capture very high-resolution images of the brain before and after treatment makes this study unique, and allows us to make the invisible wound of PTSD visible” says Dr. McKinnon.

“Not only can we measure how symptoms change in PSP with PTSD, but we can observe physical changes in the brain structure and function as a result of this treatment.”

Funding for the study was announced as the COVID-19 pandemic took hold and Canada’s PSP were thrust into the spotlight.

“First responders and healthcare workers are dedicating their lives to society by working on the frontlines amid this global emergency,” says McKinnon.

To date, studies on trauma among PSP have focused on reducing the emotional symptoms of PTSD, such as hypervigilance and anxiety; however, many people are left with cognitive deficits that severely impact day-to-day functioning. These cognitive and emotional symptoms interact leading to difficulties such as poor planning, impulsivity, and problems with anger management”

“Very few studies have actually looked at real-world functioning – for example, the ability to return to work,” says Dr. Ruth Lanius, co-investigator and a Professor at Western University.

“If an individual struggles to process new information, maintain focus, or make a timely decision, their chances of returning to work and normal life are slim to none. We want to find treatments that help to close that gap – new approaches that help people get their quality of life back.”

Generous funding from Military Casualty Support Foundation, the Cowan Foundation, and J.P. Bickell Foundation has been critical to the development of this program of research. Additional funding from the Worker’s Safety Insurance Board of Ontario will allow the team to look at various formats for delivery of GMT, and associated adjunctive treatments.