Last year, HRI received $100,000 in funding from the Canadian Centre on Substance Use and Addiction (CCSA) and Health Canada to study the effects of cannabis legalization on at-risk populations. Findings from this project are now available. 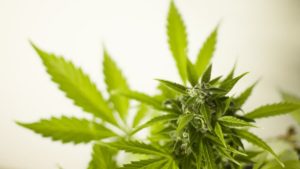 HRI’s Director of Research and Evaluation, Dr. Jean Costello, led the study, which utilized patient data from Homewood Health Centre and St. Joseph’s Healthcare Hamilton. The study was co-led by HRI Senior Scientist, Dr. James MacKillop, and involved collaboration with other researchers at the Peter Boris Centre for Addictions Research in Hamilton, Ontario.

Together, the team examined the effects of cannabis legalization among sub-populations who already use cannabis at elevated rates, including people receiving treatment for substance use disorder (SUD) and concurrent disorders.

Key findings from the study include:

Notably, the team identified discrete profiles representing varying degrees of CUD and psychiatric symptom severity within these two samples and found significant differences between the profiles in age, sex, and other substance use characteristics.

These findings address an important gap by providing insight into the early effects of legalization on individuals with SUD. The study also highlights the importance of considering CUD and psychiatric comorbidities in future cannabis policy and monitoring efforts.

In June 2022, CCSA issued a Policy Brief that incorporates findings from this and other studies aimed at shedding light on the early impacts of cannabis legalization. The Brief will inform those involved in advising or studying cannabis regulation and serve as a resource to those completing mandatory reviews of the Cannabis Act in Canada.